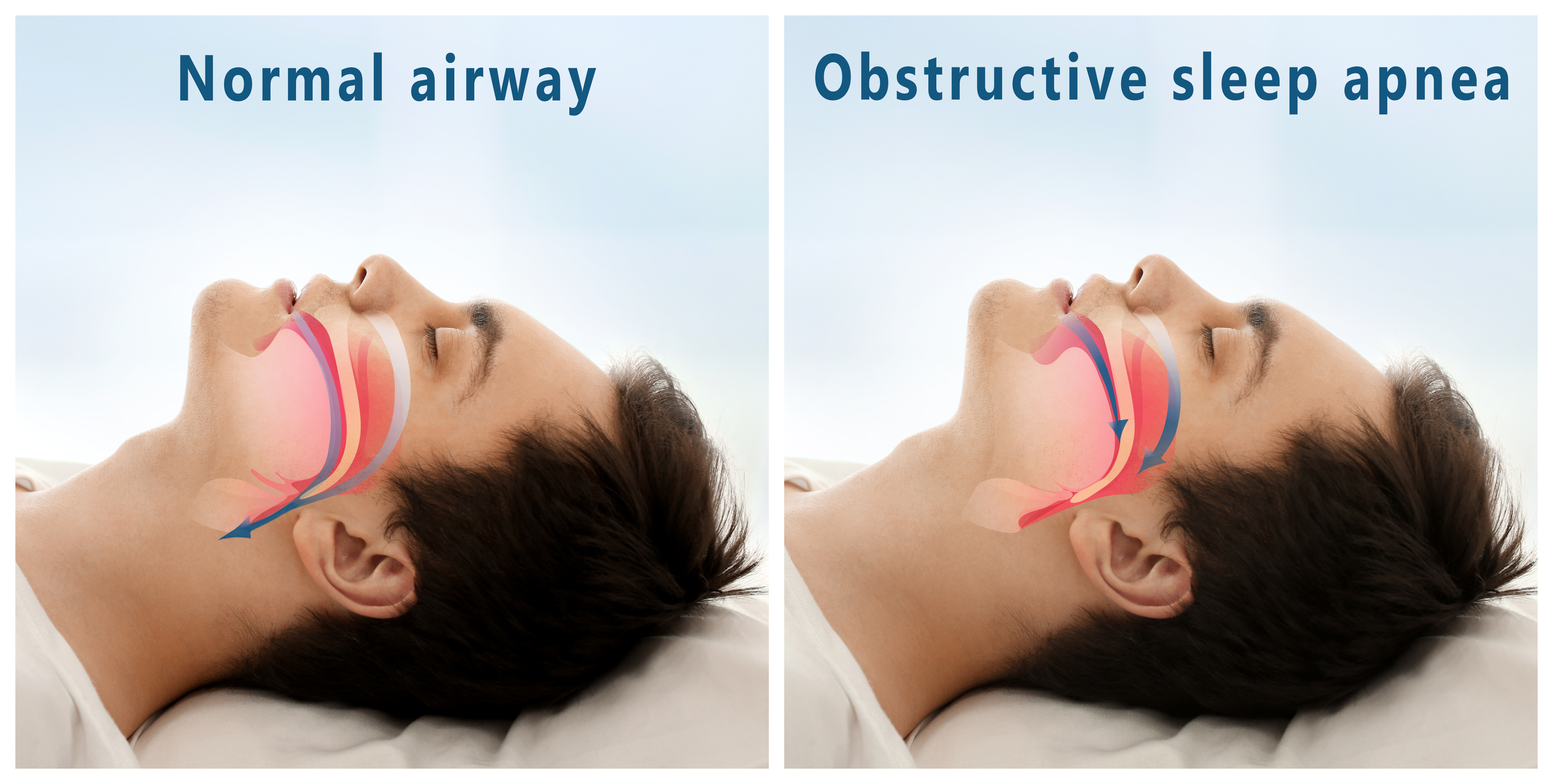 Sleep apnea, also spelled sleep apnoea, is a sleep disorder characterized by pauses in breathing or periods of shallow breathing during sleep. Each pause can last for a few seconds to a few minutes and they happen many times a night. In the most common form, this follows loud snoring. There may be a choking or snorting sound as breathing resumes. As the disorder disrupts normal sleep, those affected may experience sleepiness or feel tired during the day. In it may cause problems in or hyperactivity.

There are three forms of sleep apnea: obstructive (OSA), central (CSA), and a combination of the two called mixed. OSA is the most common form. Risk factors for OSA include being overweight, a family history of the condition, allergies, a small airway, and enlarged tonsils. In OSA, breathing is interrupted by a blockage of airflow, while in CSA breathing stops due to a lack of effort to breathe. People with sleep apnea may not be aware they have it. In many cases, it is first observed by a family member. Sleep apnea is often diagnosed with an overnight sleep study. For a diagnosis of sleep apnea, more than five episodes an hour must occur.

Treatment may include lifestyle changes, mouthpieces, breathing devices, and surgery. Lifestyle changes may include avoiding alcohol, losing weight, stopping smoking, and sleeping on one's side. Breathing devices include the use of a CPAP machine. Without treatment, sleep apnea may increase the risk of heart attack, stroke, diabetes, heart failure, irregular heartbeat, obesity, and motor vehicle collisions.

OSA affects 1 to 6% of adults and 2% of children. It affects males about twice as often as females. While people at any age can be affected, it occurs most commonly among those 55 to 60 years old. Central sleep apnea affects less than 1% of people. A type of central sleep apnea was described in the German myth of Ondine's curse where the person when asleep would forget to breathe.

Call our office to learn more and to schedule your next appointment!

With That Winning Smile!